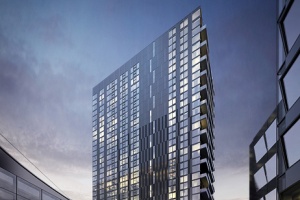 I was given the opportunity to compose a musical layer in my next assignment. This was part of a massive project that involved all the students in my course. We each had to compose a separate layer which would then be combined to accompany some time lapse footage of Milton Court.

The footage in question tracks the progress of Milton Court from the demolition of the fire station up to the near completion of the venue, as seen from the outside. My teacher was tasked with combining all the layers together and creating the relationship between the footage and the composition.

My individual role was to compose a monophonic layer (one voice) following certain guidelines and parameters. The main outline for the layer was based around composing note groupings and alternating these groupings as different modal areas (pitch sets) were introduced. The interesting thing was how all this developed throughout the piece.

We developed the piece by expanding and contracting the note groupings. This is where Philip Glass comes in, as these techniques of additive and subtractive development are similar to those found in the early works of Philip Glass.

Although a very simple example, this shows you how you can distinguish between the two.

I had to keep in mind that each note grouping was developed from the previous one by simple addition or subtraction of one quaver’s length at a time. I also had to take into consideration the modal areas, as we were given notes that we had to choose. 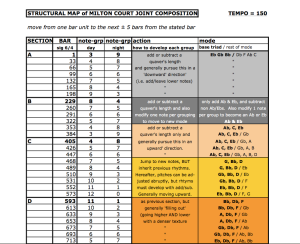 As far as rhythm went, we could choose what we wanted when adding and subtracting note groupings and this enabled the rhythm to gradually change as the piece developed. When it came to composing, I used a computer program called Sibelius. Sibelius is a musical notation program that you can use to create your own scores. It proved highly useful in this scenario where I needed to input notes in fine detail. 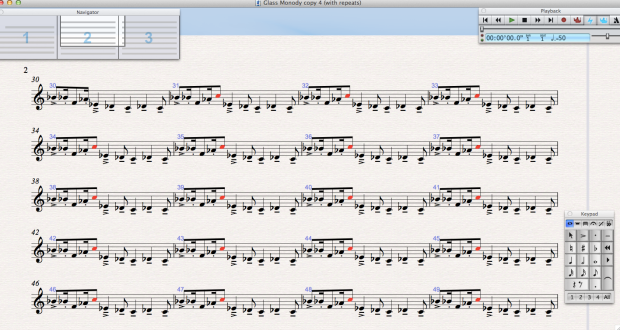 This project took quite a while to complete, as you had to take your time to follow the structural map carefully. Even so, I found this process highly satisfying when I put everything together and listened to how the piece developed. It was also a lot of fun to compose in this way, as it enabled me to take on a more detailed focus when making decisions about the piece.

This site uses Akismet to reduce spam. Learn how your comment data is processed.